In the grand tradition of Marching 97 April Fools Day events, Veronica & I put together a scavanger hunt around Lehigh’s campus. The first clue went live at 2:00 pm on lehigh.party:9000:

Some people were exicted: 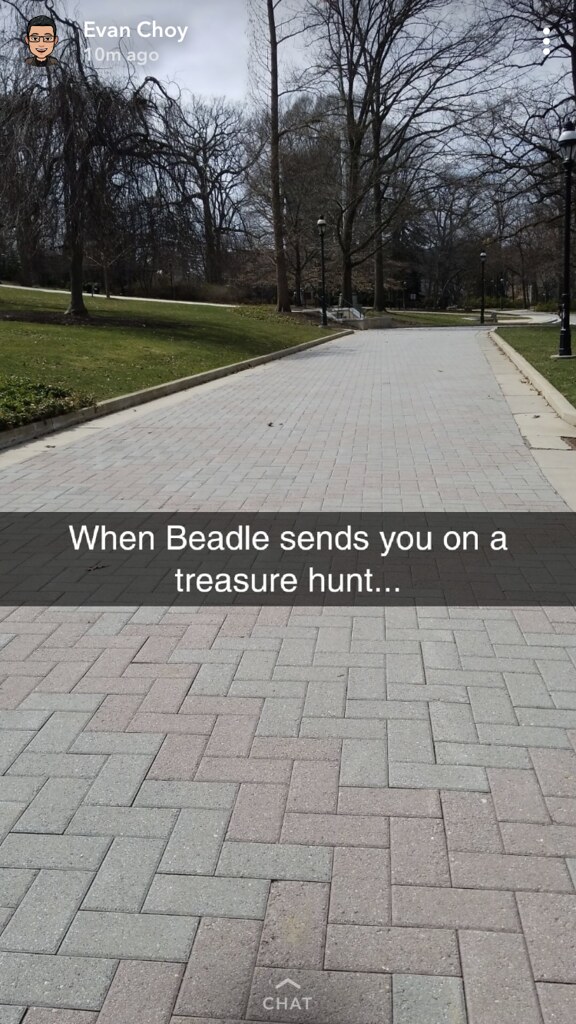 And some were less so:

I would like to ensure any members of the Dean of Student’s Office that this event was entirely voluntary, and no hazing was involved.

Made it to the end at 2:28 pm, winning a chocolate bunny. They attribute their winning time to splitting their group. One person ran across campus to get the final clue, and then texted a picture of it to the others who went straight to the end point. 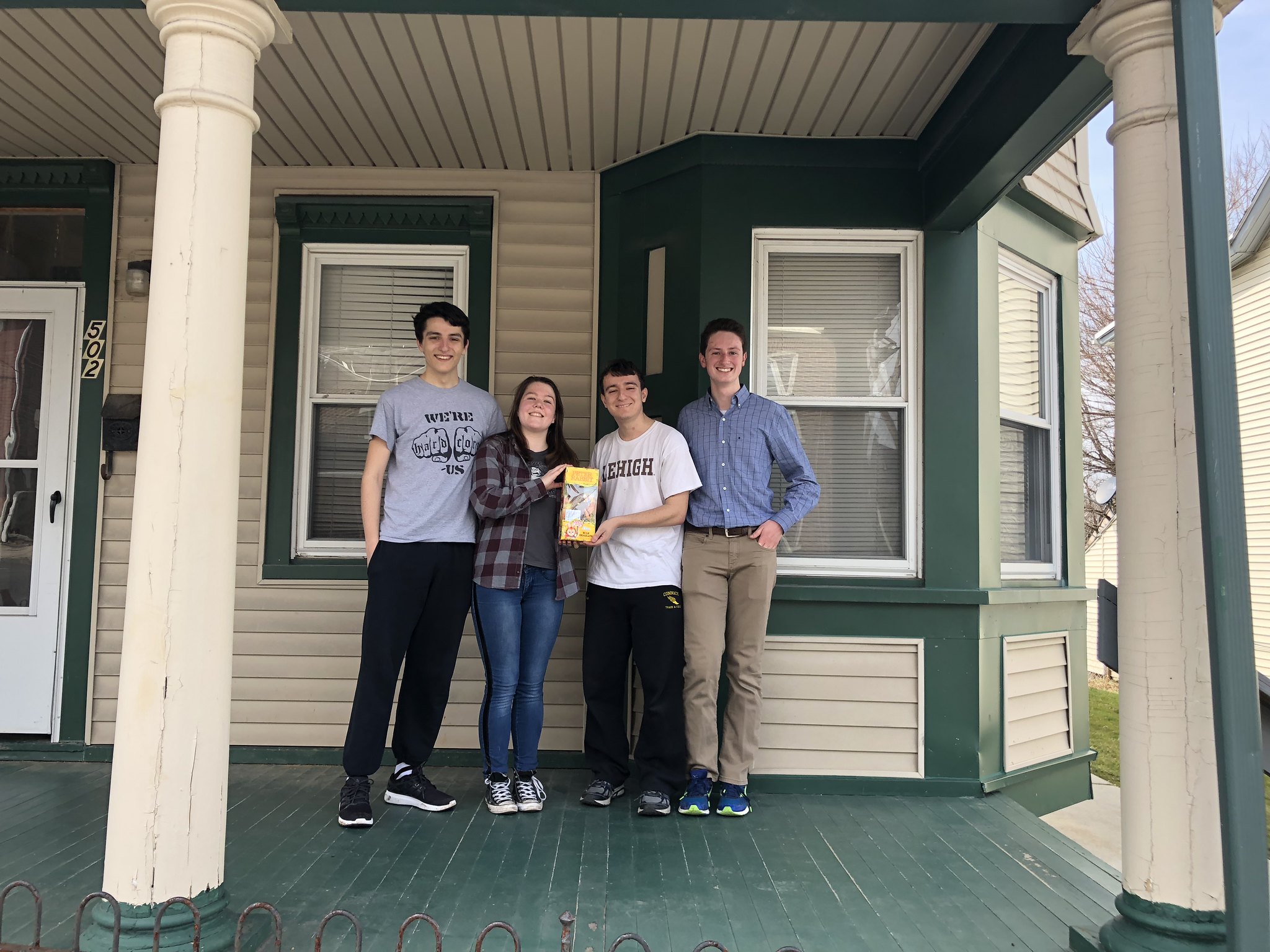 Arrived at 2:41 pm, apparently they got delayed when Evan stopped to talk to an incoming student. 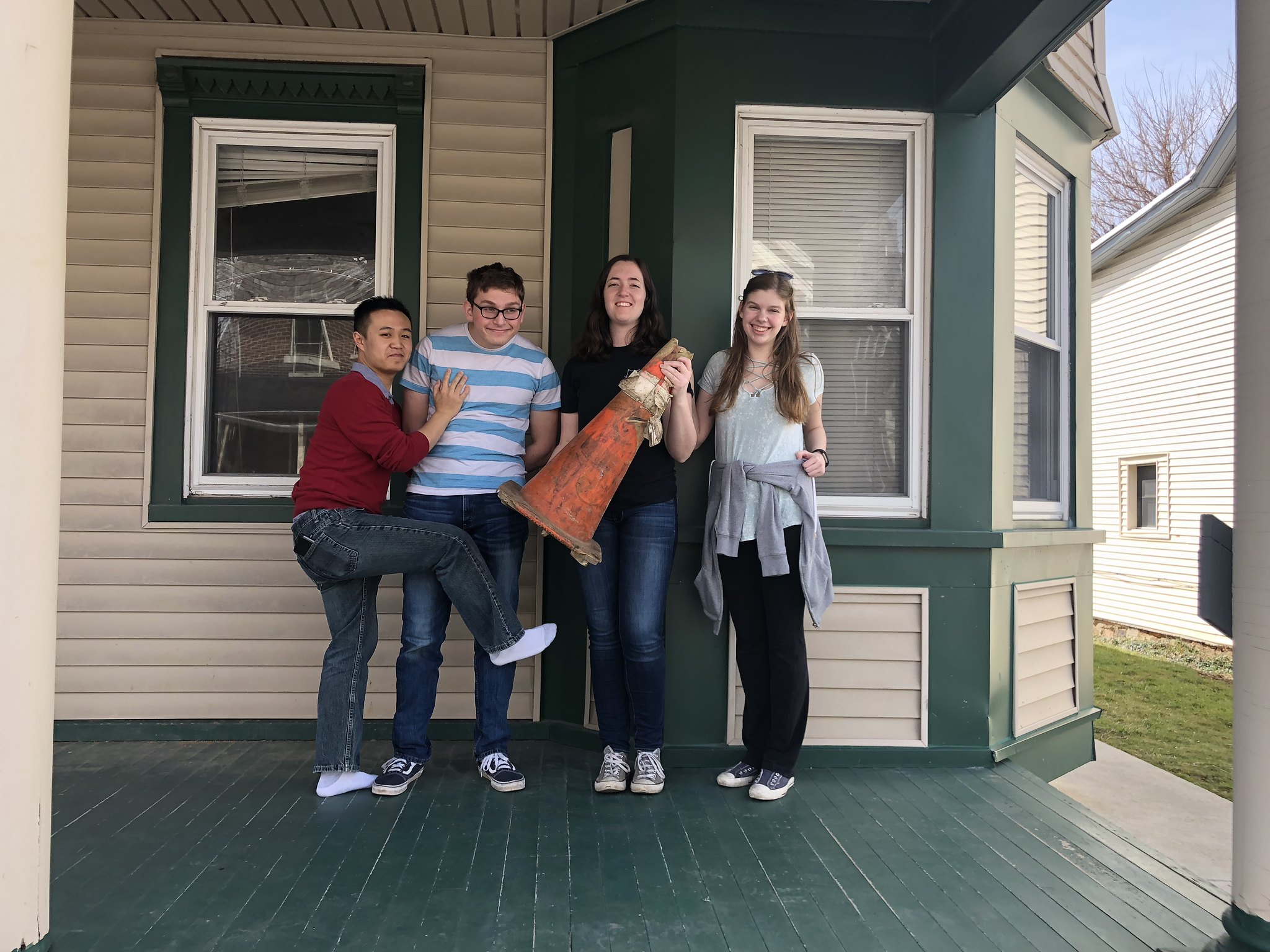 4:00 pm. Apparently they drove from clue to clue.
Anil
Joe
Ryan B 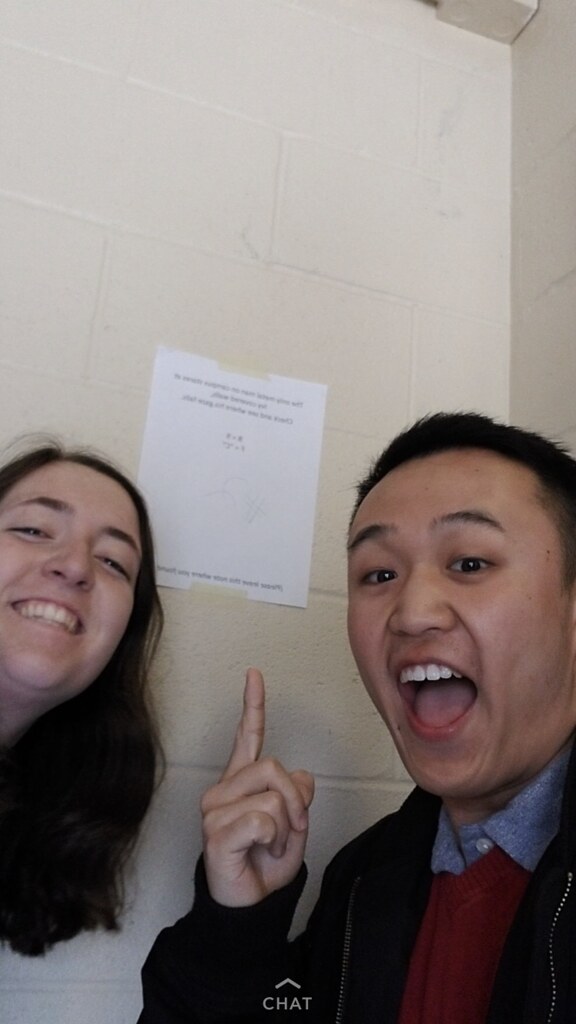 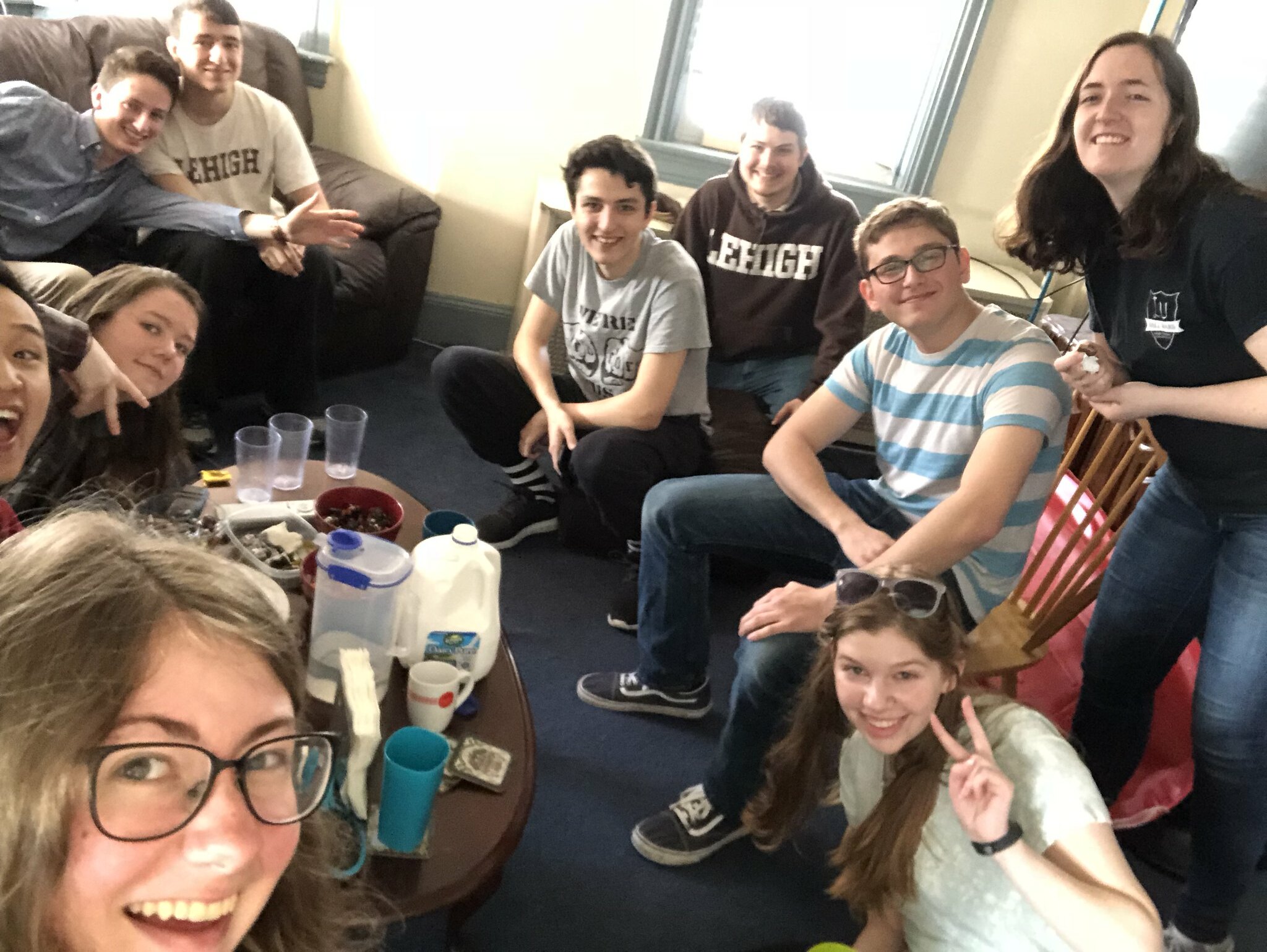 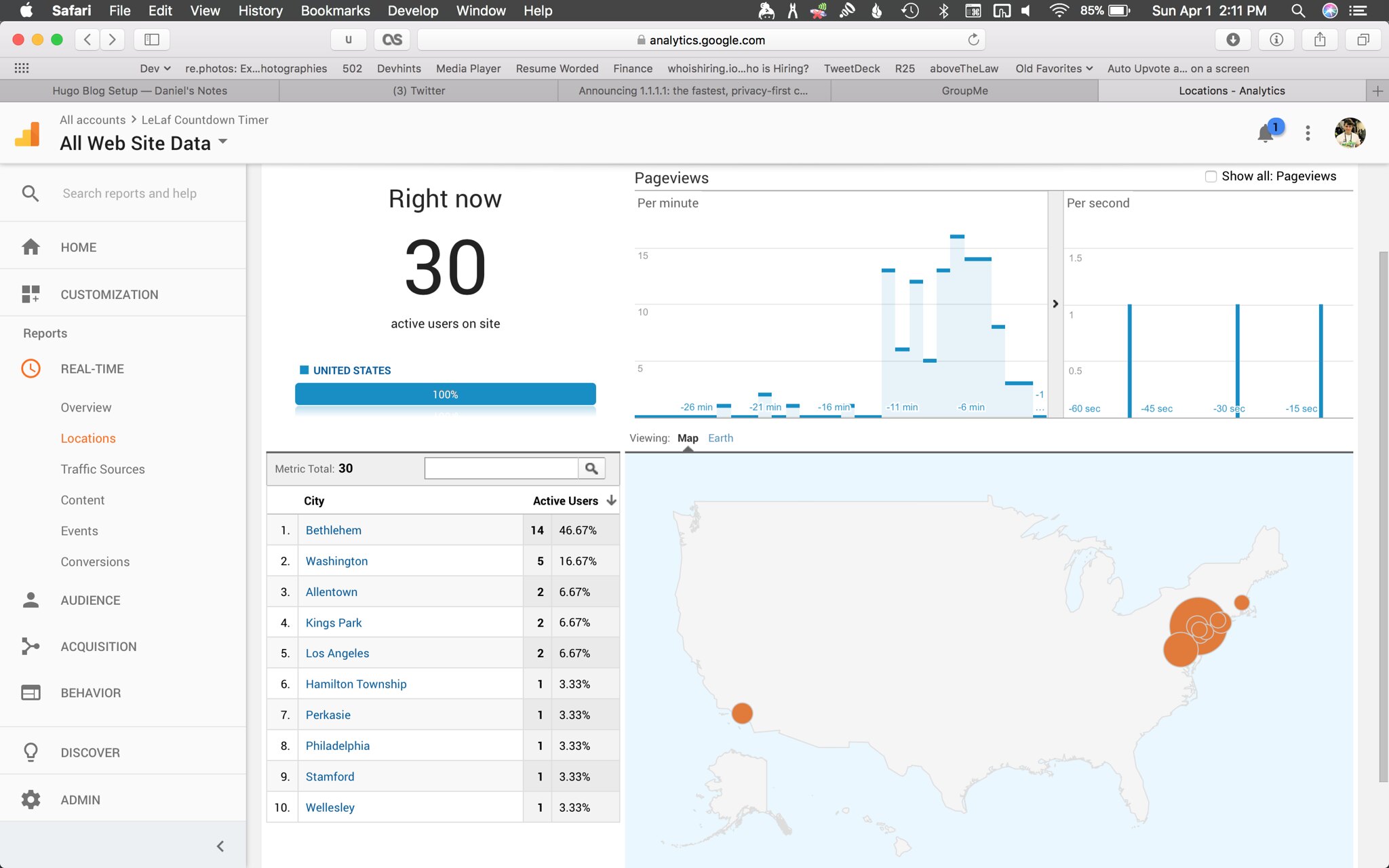