The L Train Brass Band is a community brass band from Brooklyn open to all.

We try to have as much music as possible memorized for parades (it’s more fun that way!) but for some low-key gigs and rehearsals we read music off the page. Many of us like to use our phones to read our music.

Neither I, nor the L Train Brass Band have any association with any of the products linked or mentioned here. 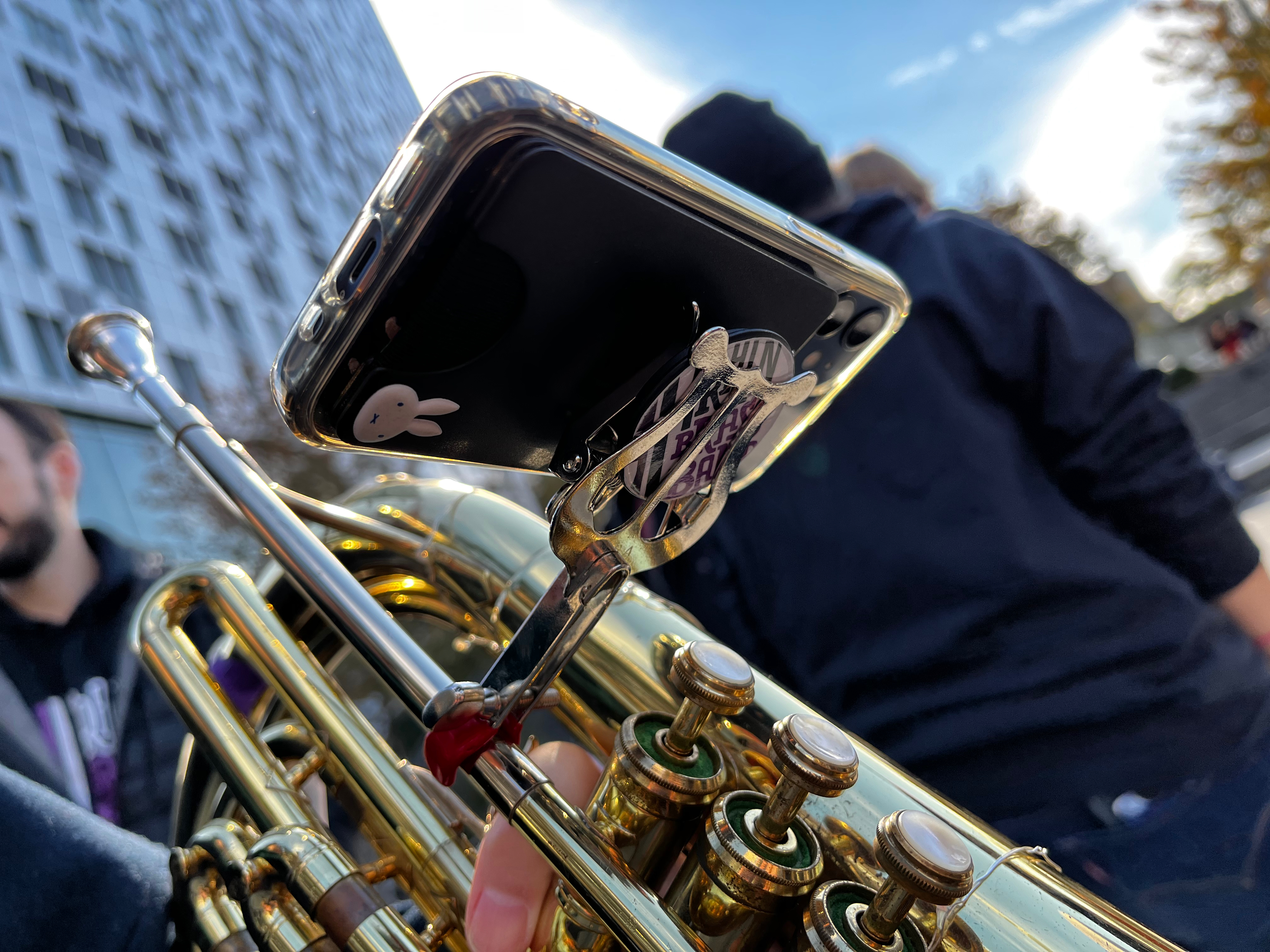 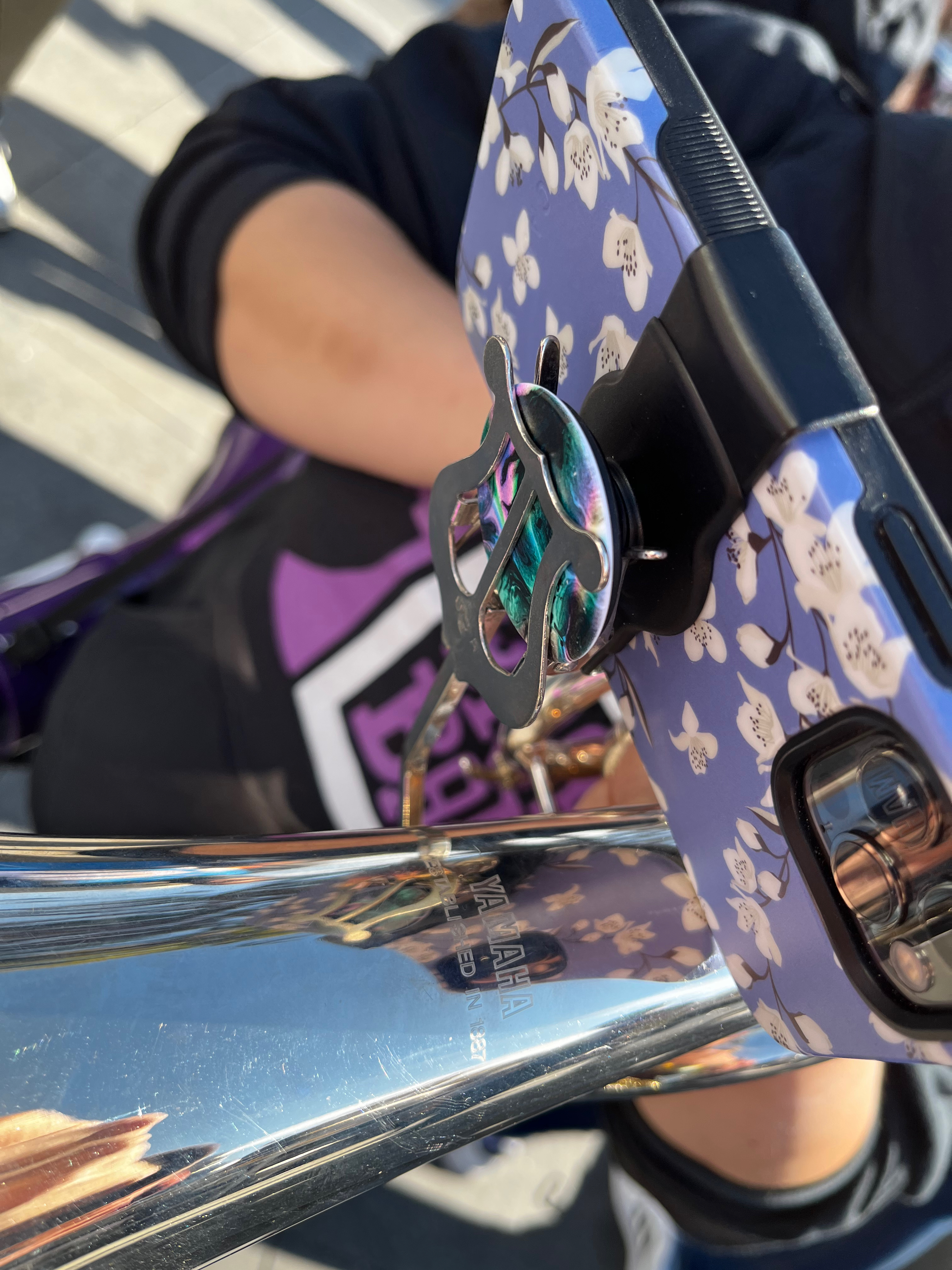 This configuration seems to work well for trumpets, clarinets, many horns.

This makes me so nervous but people do it. 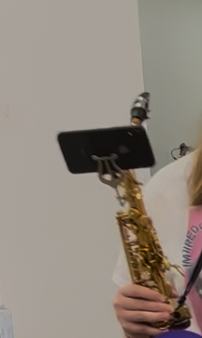 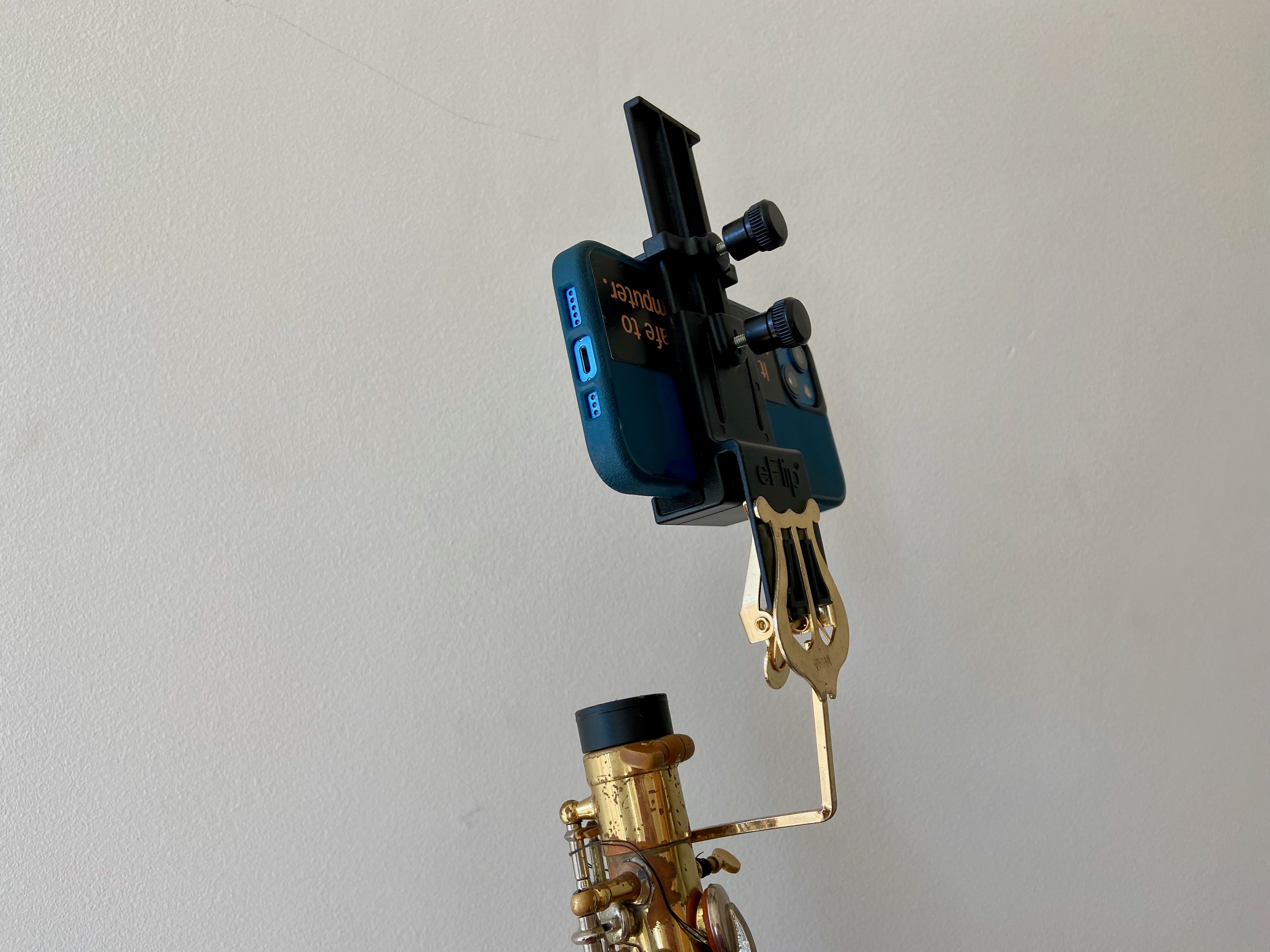 Tonal Innovation makes a product called the “eFlip” in several variations—the eFlip holds your phone and the lyre clips on to the bottom of the eFlip. This is what I personally use on my saxophone and I like it a lot! 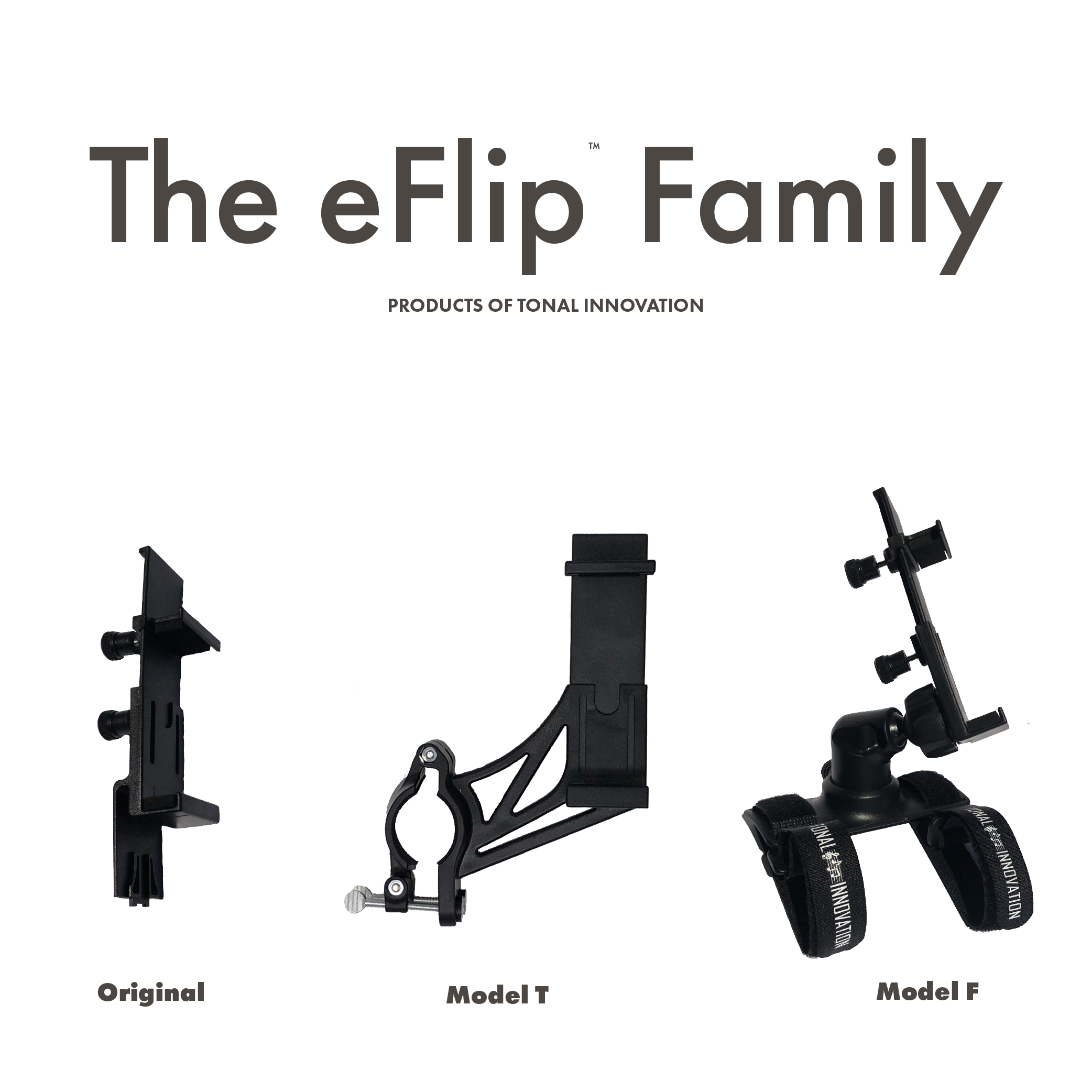 It’s not perfect, EDIT: After additional time with my eFlip I’ve changed my mind on this—despite moderate movement the eFlip has never slipped out of my lyre.

These are less common, here is a brand called “Grip-O-Phone” mounted on a trumpet. 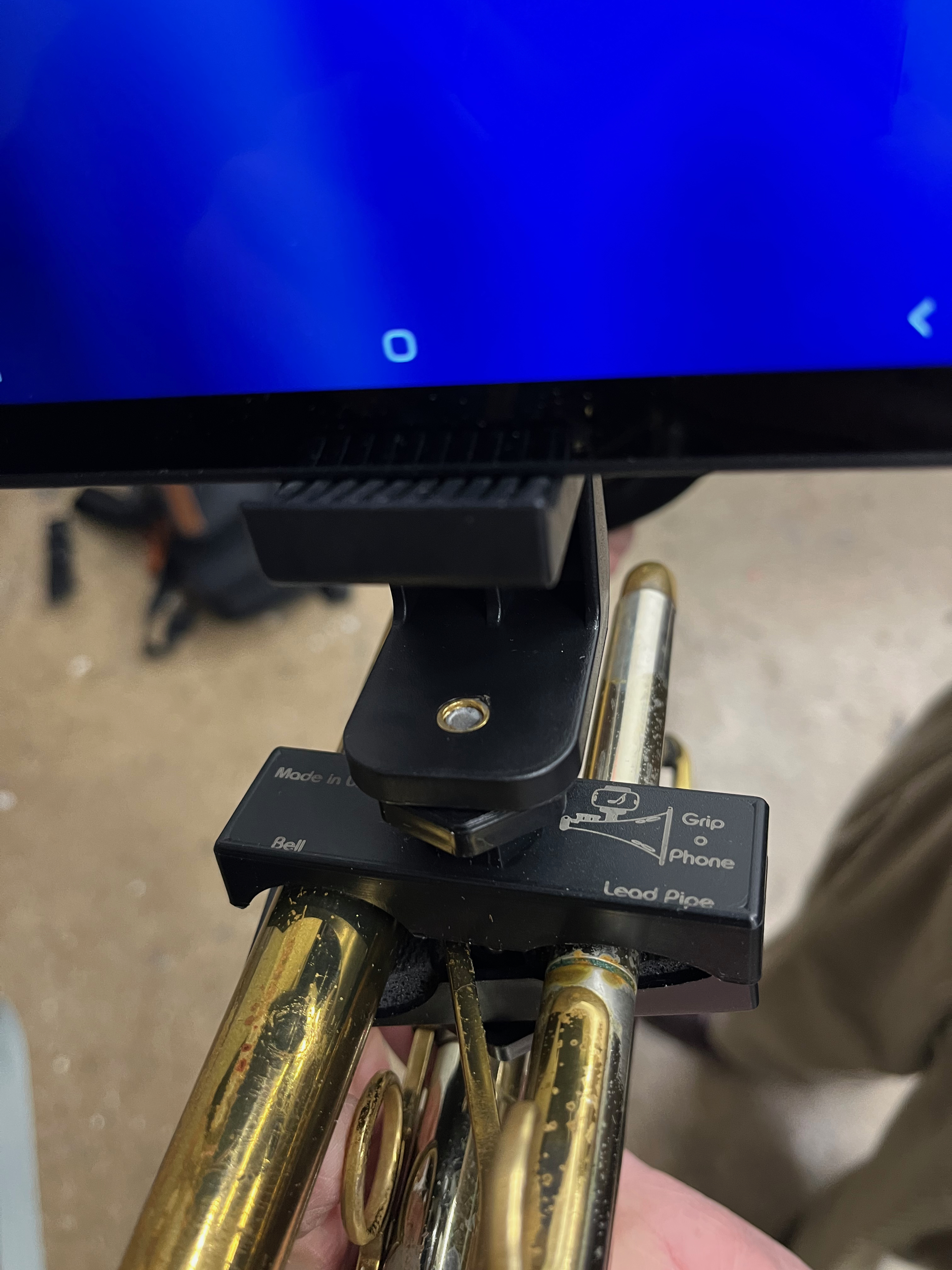 This trumpet player actually modified the original product to add longer threaded rods to hold a small tablet instead of a phone. 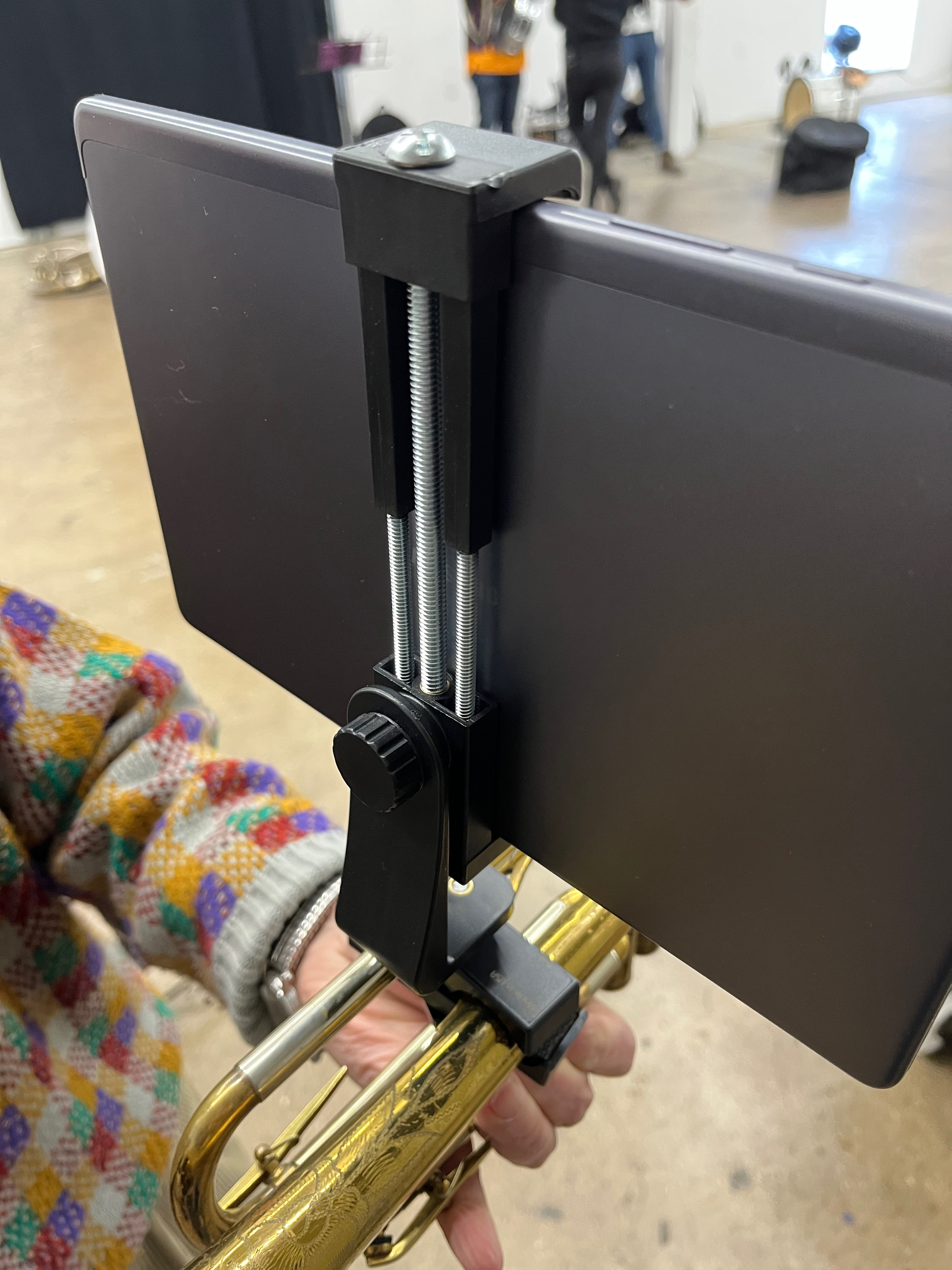 Here is a similar product (brand unknown) holding an iPhone on a trombone: 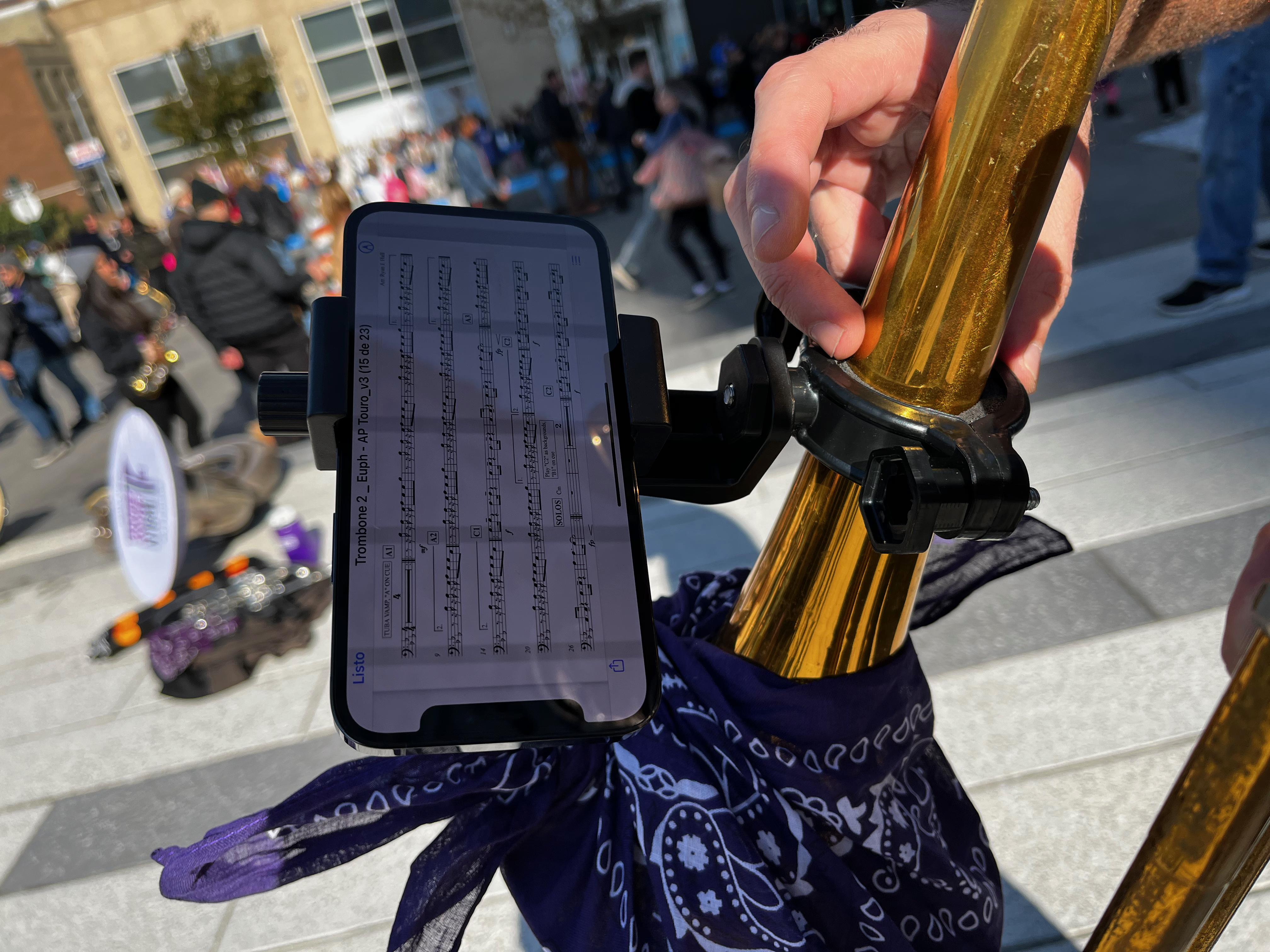 Sousaphone players seems to like flexible holders. I don’t have much to add about these. 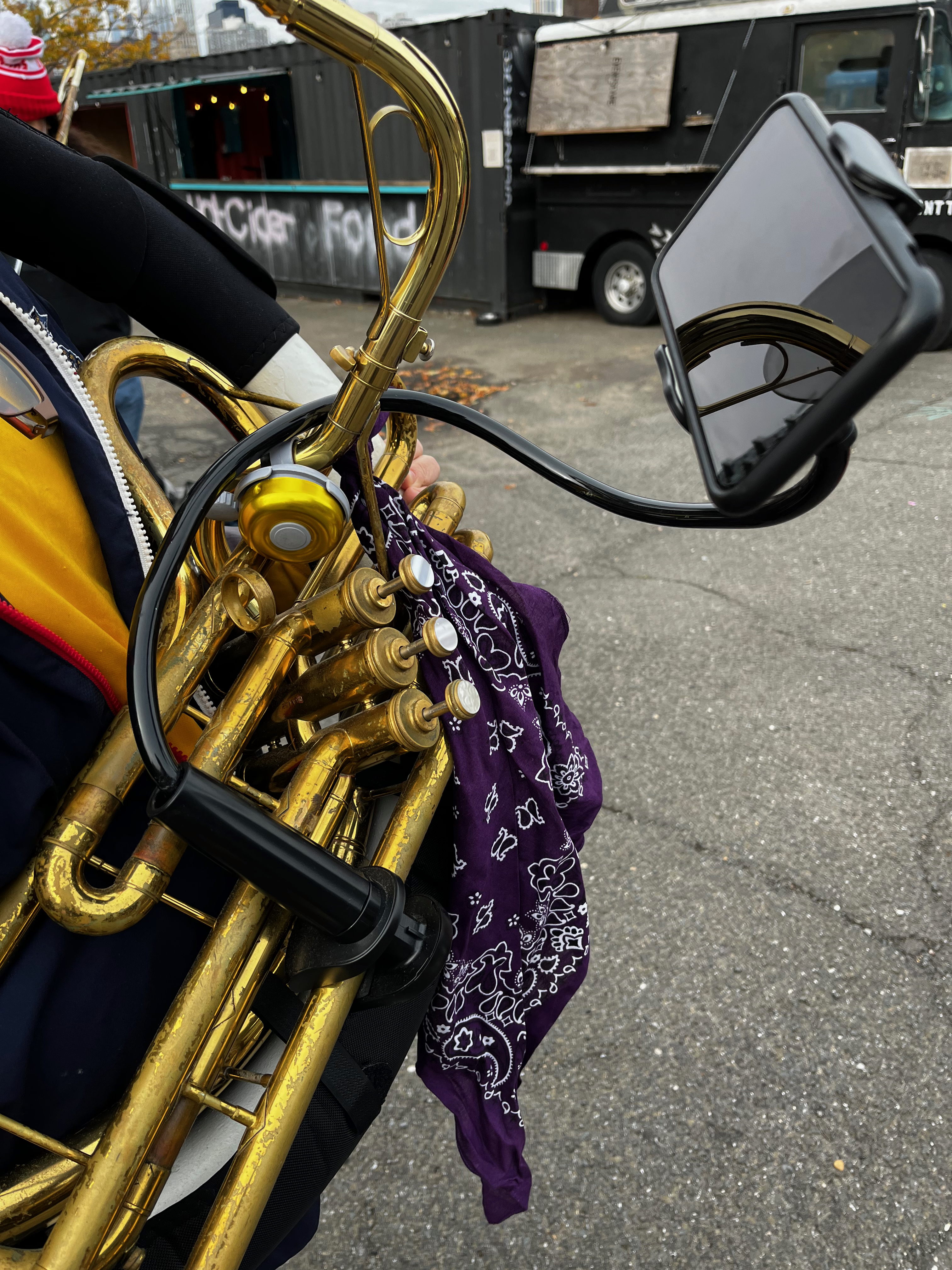 Of course some people just hold their phone in their hand. This seems to work for sousaphones and trombones. 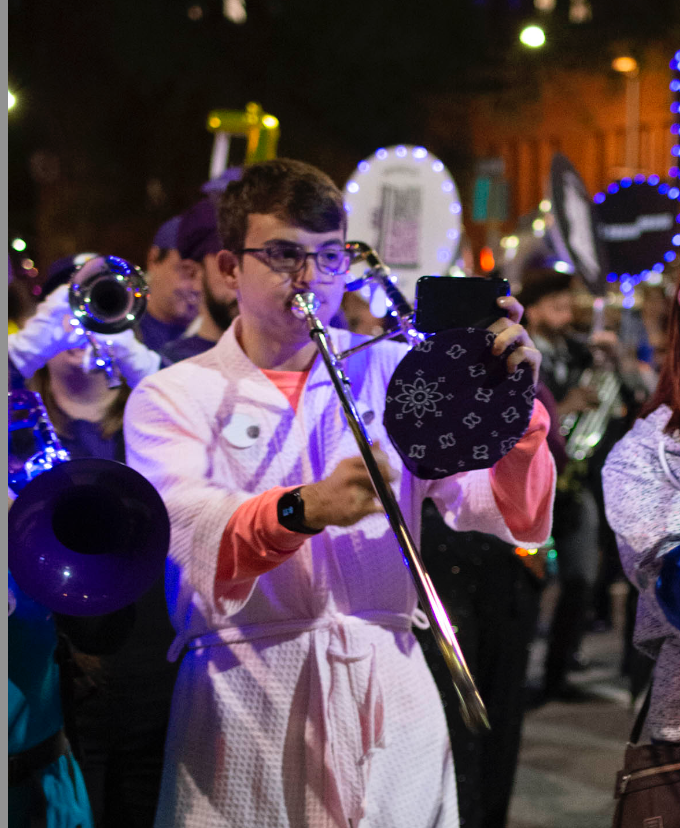 Here are some observations:

Don’t get the cheapest option

It’s worth paying $10 for a sturdier, higher quality product that will last longer and fold down to be more compact.

More expensive stands will have high quality “jaws” that grip the tablet. Cheap jaws are entirely plastic with a spring system. They’re secure but hard to take on and off. 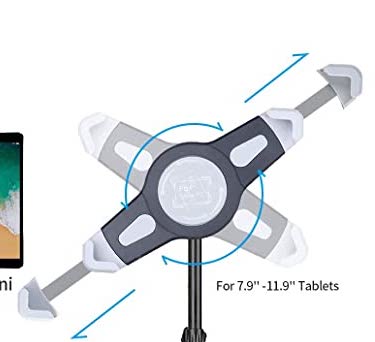 Cheaper stands tend to use large screws on the telescoping pole. Once again these work but more expensive options have a lever arm that you fold open and close which is quicker.

The real failing of the cheap stands is the ball joint at the top that allows you to rotate the tablet around. This tends to be the first part to become loose and while it won’t fail catastrophically it is very annoying when you can’t secure your table at just the right angle.