I finally received my printed circuit boards in the mail, time to assemble them.

This is post number 5 in a series describing my DIY temperature and humidity sensors.

OSH Park’s packaging is not subtle. 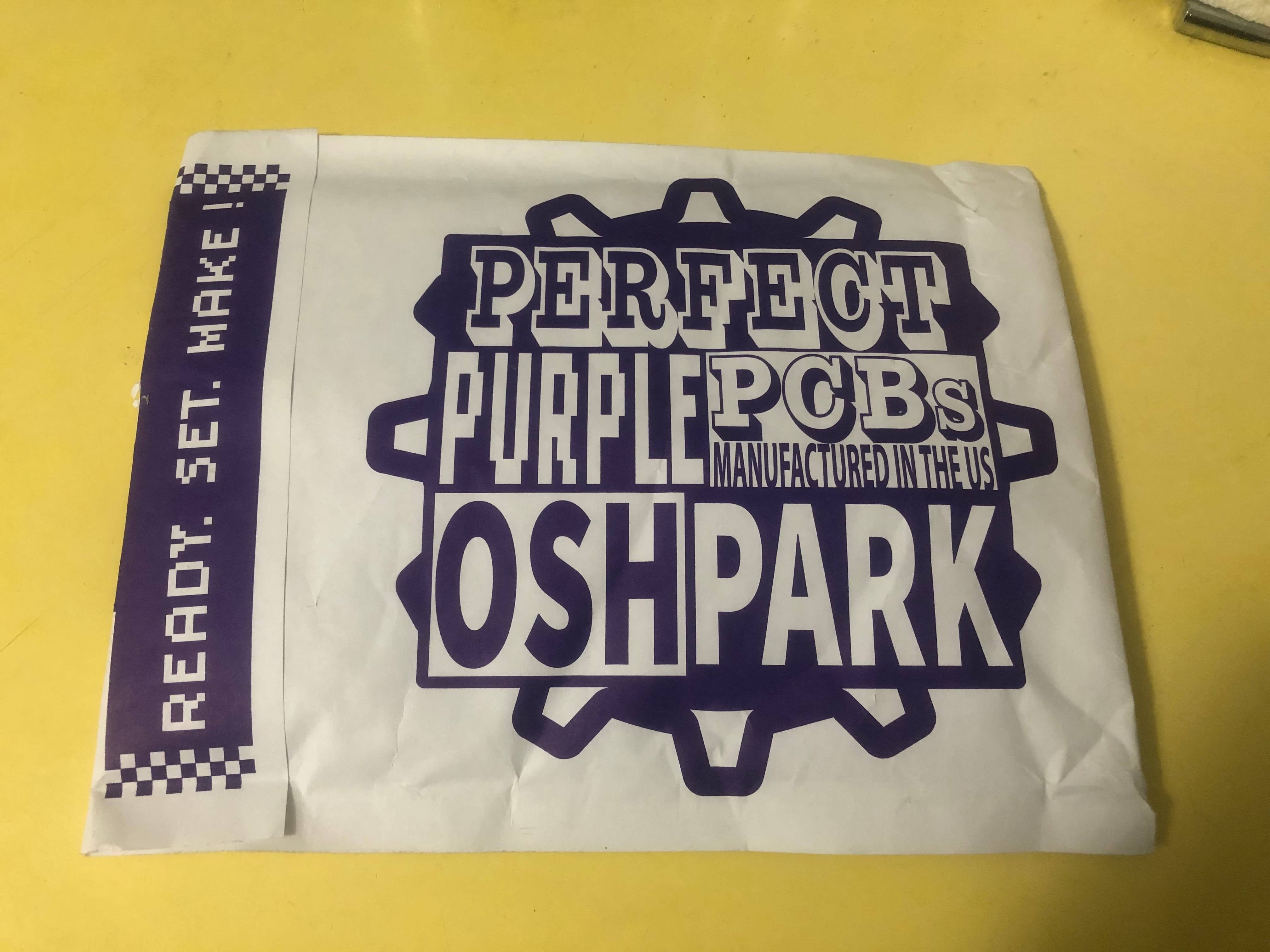 The boards are indeed a dark purple, which my camera didn’t properly capture. Here’s what they look like unpopulated and populated: 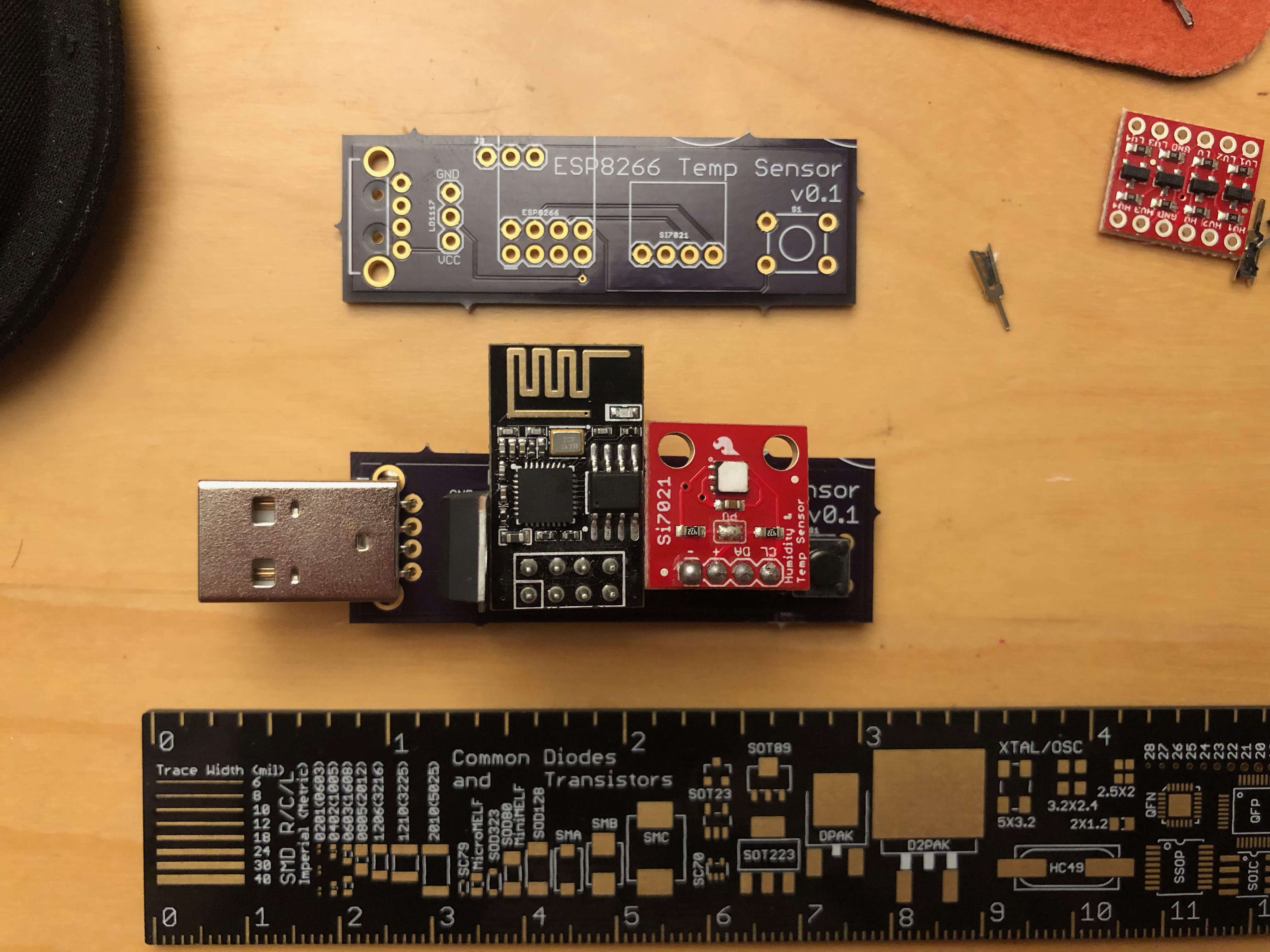 On the top right there’s a little bit of what I can only assume is someone else’s screen printing that overlapped on to my board. No harm done, and it adds character. The little points that held the panel together during production are rather sharp, I ended up cutting off the points so I wouldn’t stab myself.

It’s not perfect, though. The empty space between components is smaller than it seemed on the computer screen and I didn’t leave enough space between the components. I had to tilt headers connecting to the temperature sensor so it would fit along side the ESP8266. 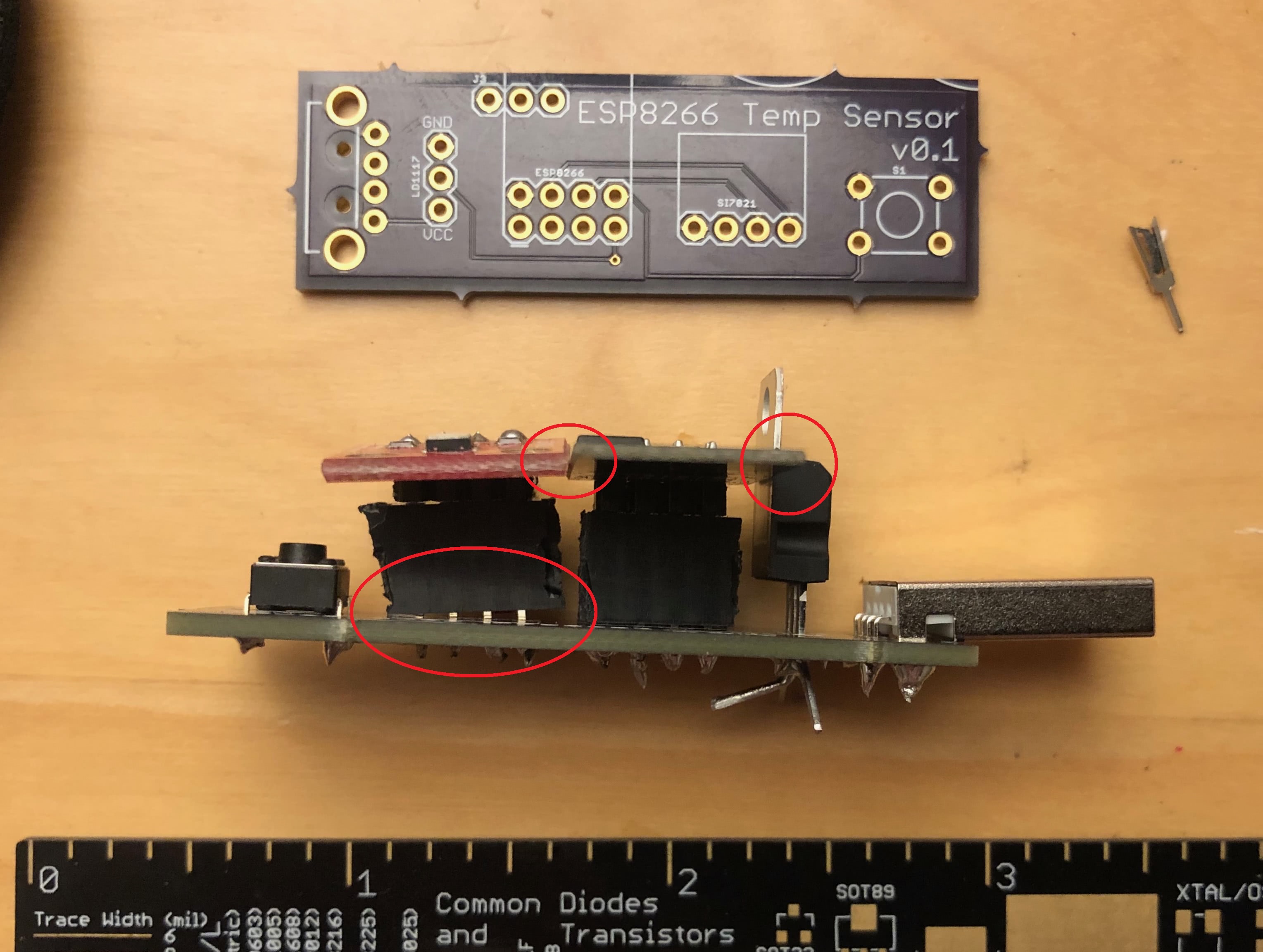 Despite that, it’s definitely an improvement over the hand-made version. 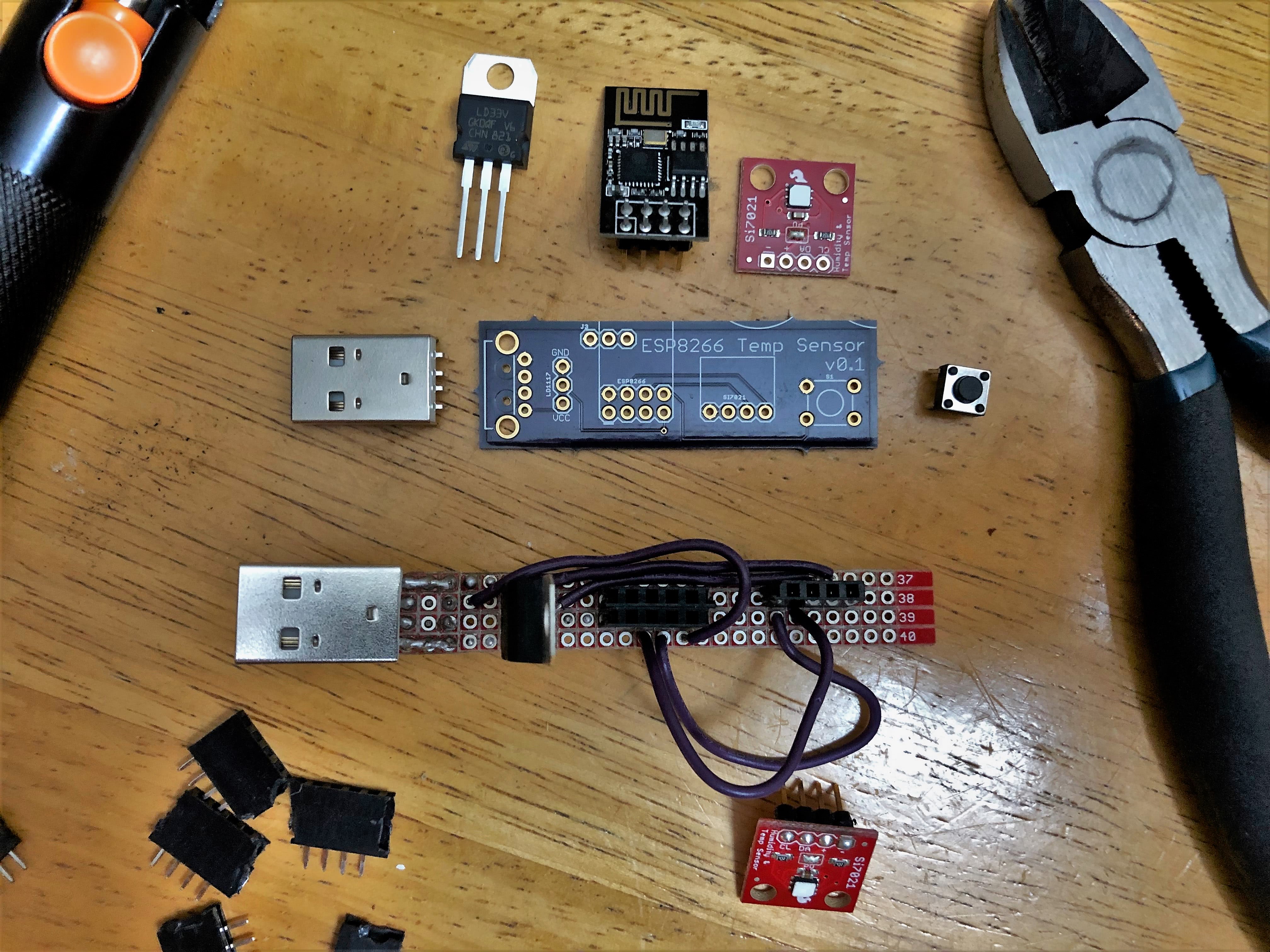 But it doesn’t have to be limitted to I²C interfaces!